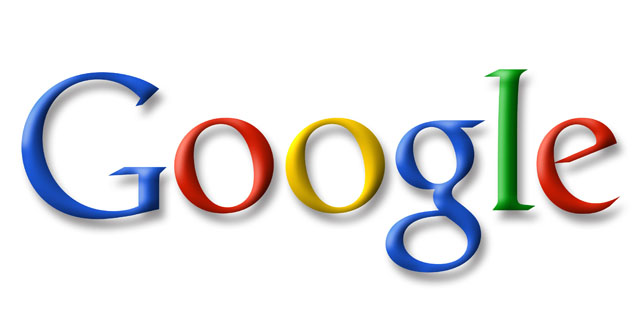 I am Officially a Googler 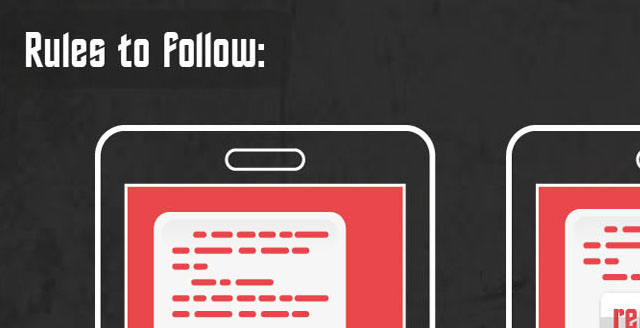 Infographic: The Seven Deadly Sins of Mobile Marketing
This infographic was made to represent poor SMS marketing campaigns, but is relevant for mobile marketing in general 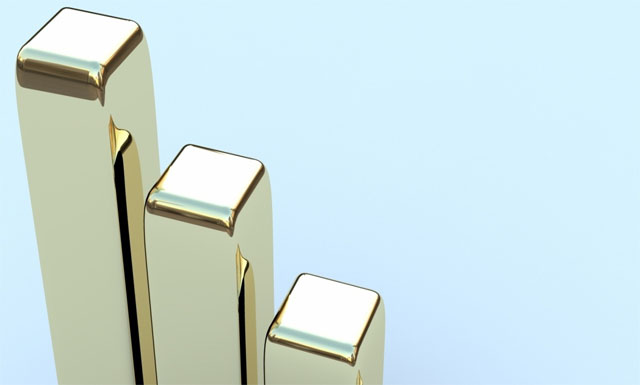 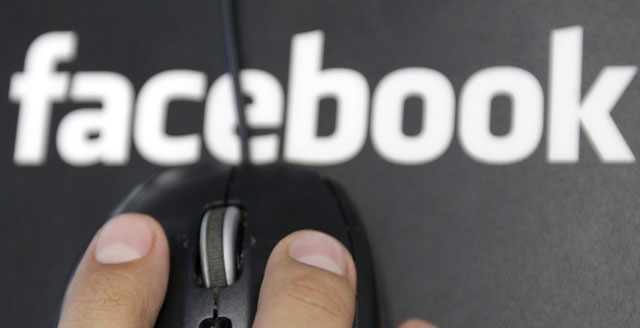 Facebook Has Surpassed 300M Monthly Mobile Users. What Does This Mean for You?
A research study that is about to be published by Enders Analysis points out that Facebook is now seeing more than 300M Monthly Active Users (MAU) on their mobile applications.

The Wheels are Turning

It has been a while since the last time we posted on our blog, but don’t let that fool you. The wheels are turning here at the Spreed Headquarters as we get very close to the launch of our first commercial product, Spreed News. I won’t go into too much detail about the product right now as we want to leave a bit of a surprise for our launch. However, what I can tell you all is that Spreed mobile will be a better way of reading your news on the go. Reading your news on a mobile device can be a tricky task at times. Current solutions often overwhelm the reader with too much text and involve constant interaction that makes it hard to get through your news quickly while you are out and about. Spreed mobile has tackled this problem with our innovative news reader which deals the last mile of content consumption; the actual reading of the text. We are very excited to be developing this application for the iPhone and will be releasing the product into the wild in the next couple of weeks. Until then stay tuned!

The Zen of Spreed

As a long time tester and now user of Spreed I’d like to share some personal observations about my own learning curve with Spreed.

When I read I notice that I can hear in my “mind’s ear” the words as I go. I think (hope) this is fairly normal. I understand that lots of talented musicians have a similar but more developed ability to actually “hear” music in this way. Young readers who have not yet developed their minds ear often sub-vocalize words as they read them. They actually engage their vocal chords to speak the words as they read – usually in a barely audible mumble. This verbal cue is a crutch they use comprehend until their “mind’s ear” develops. I think Spreed can help us move even beyond this “mental sub-vocaliztion.”

This was revealed to me when I was fooling around with very high speeds just for fun. At 600, 700, 800 even 900 words per minute your mind’s ear can’t keep up. When this happens there is a momentary panic reaction or gag reflex of confusion. You get an overwhelming urge to stop and go back. Most of the time I would submit and would turn down the speed and start over. A few times I just relaxed let Spreed run at high speed and “let go” of the effort of trying to read. I tried to let myself watch the screen like I would look at a painting or a photo. Remarkably, in this Zen of Spreed state I found that I was still absorbing the information although it did not much feel like reading as I knew it. I think its a similar transition that children make as they move to silent reading. It feels a bit foreign at first but with some practice at persisting through the initial panic of losing the voice in your mind’s ear, you can dramatically increase your reading speeds. I suppose it makes sense that this would be the case. The incoming information stream at 300 words per minute is but a trickle compared to the brain’s innate capacity to process information.

Try it out! I’d like to hear what others think about this and whether they have similar experiences or not.

A Response to: Faster is Smarter?

The wording of Anthony’s title as an interrogative suggests an openness to the debate on the topic of speed reading. This is good news because there will be lots of differing views. However, at this time, instead of discussing the complexities of reading efficiencies and rate of reading text I want to turn attention to a more pragmatic value- add for Spreed technology.

For more than a quarter century I have been preoccupied with how to make the learning environment in higher education more accessible to students with great diversity in learning styles. And I have witnessed how technology has changed the learning landscape in universities. For example, within the past ten years students were encouraged to use laptop computers for taking notes in classrooms. Just in the past couple of years at least one American university (Duke) was handing out iPods for all freshman students. Courses were then made available as podcasts which students could download to their devices. Also within the past few years MIT has been busy trying to put all their course material online and available at no cost to the public. Perhaps more astonishingly, Google has embarked on a Project to digitize millions of university books to eventually be available online.

Given these recent developments, it is clear that technology is essential to what Jerome Brunner, the famous psychologist from Harvard described in 1966 as the Process of Education. New technologies and evolving soft ware applications have become imperative to students successfully participating in higher education. Spreed is just such an application which in my estimation has the potential to enable students to meet the challenge of rapidly perusing voluminous online or electronic material. “Smart” students are already looking for ways to expeditiously cover the enormous amount of electronic text. It is my view that students will readily opt for Spreed, that is reading faster, and as part of this process will decide for themselves what is an acceptable level of comprehension.

Faster is Smarter. That’s the claim we make right beneath our logo and I certainly didn’t expect it to be a contentious one. Well, not passionately contentious. But since sending out the Spreed:News demo Beta site to friends and family, no feedback has been more consistent than the comment on this slogan. Surely we had it wrong. How could “faster” be “smarter”? It’s counterintuitive.

Counterintuitive, indeed. That’s the problem. Many of us were taught to read in similar ways and environments and it shouldn’t be a surprise that most of us read at very similar rates. Those of us who read at average speed (and there’s a big percentage of us lumped together) have very similar tendencies – we sub-vocalize too much, we get caught up on unfamiliar names and we are convinced that the only way to improve our comprehension is to slow down.

Do you remember the kids that always seemed to finish their readings or their exams first? I don’t think there’s a lot of evidence that those people were any smarter than us. But they had figured out how to comprehend written information quickly. One of my wife’s best friends was taught to read at the age of 3 by her 6 year old brother (whom I’ve always thought was a genius). When she was in grade 3 she told her classmate (my wife) not to worry about reading every word because you will eventually figure everything out. An eight year old child taught a not-so-simple reading principle in one short sentence. And, not so coincidentally, my wife is now a very rapid reader.

Faster is Smarter is no absolute. It isn’t always a good idea to increase one’s reading speed. If you’re already reading at 500wpm efficiencies may have to be found elsewhere. But why should it be such a surprise that our brains only kick into top gear once pushed a bit? As we’ve referenced before, a scientist has demonstrated that comprehension increases when reading speed increases over 300wpm and explains that the slower reading speeds results in lost information retention. Essentially, the brain doesn’t work efficiently at the slower rates.

Late last year we ran a test with some grade 12 students in Toronto. Half of them read Document A conventionally, and Document B via Spreed at 300wpm. The other half did the opposite. While 300wpm was approximately a 70% increase in reading speed, the result was that students had a 7% increase in comprehension.

Our work is only just starting at Spreed, but our goal is to continue to improve the product, convince the world that computer-assisted reading can be extremely valuable, and get people to believe that when it comes to reading, faster can be smarter.

I'm an early adopter, thought leader and digital entrepreneur, currently working for a little start up called Google. I am extremely passionate about mobile strategy, connected TV's and advertising technology. This blog is a place for me to collect my thoughts on these topics and sometimes rant a little. The content represents my own views and not those of my employer or partners.

"10 Things You Need To Know This Morning: Good morning. Here's the overnight news: Google is considering outbi... http://t.co/2yVNUMATlH"
"Chrome 28 beta for Android brings translation bar, fullscreen on tablets: Internationally savvy Chrome deskt... http://t.co/iC9d3v6OLA"
"With $1.12 Million From Maveron And Others, Vaunte Aims To Define The Next Era Of Luxury E-Commerce: As great ... http://t.co/RGmXGpJvhJ"
"Ben Bernanke Is Doing Exactly What A Good Central Banker Should Do: Federal Reserve Chairman Ben Bernanke spoo... http://t.co/GIXl5Z2VXv"
"Paul George Makes A Crazy 29-Foot Shot To Force Overtime Against The Heat [Video]: Down 92-89 with 0.7 seconds... http://t.co/DcphBxZZLD"
follow @DaveColeman on twitter